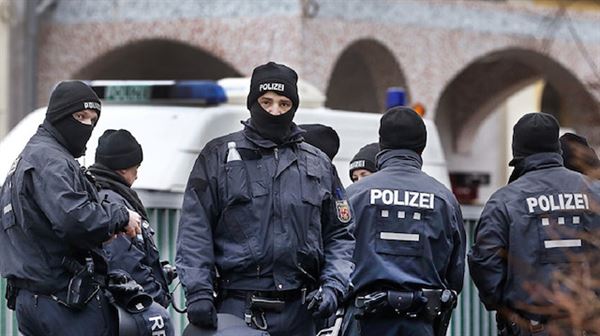 German authorities are currently investigating 116 returnees to Germany from areas previously controlled by the Daesh terror group, according to local

German authorities are currently investigating 116 returnees to Germany from areas previously controlled by the Daesh terror group, according to local reports.

Authorities knew of a total of 122 people who had “at least temporarily” resided in areas of the Daesh terrorists, the German Interior Ministry said in response to a formal inquiry by opposition lawmaker Stefan Ruppert, according to a report published by the Hamburg-based Der Spiegel news magazine.

Ruppert said Germany has to deal with “a high number of repatriates” who committed crimes in connection with Daesh.

“It is now the duty of the German justice system to prosecute these acts consistently.”

Some 95 Germans suspected of supporting Daesh are believed to be in custody in Turkey, Syria or Iraq. German police have launched investigations into 33 of them with arrest warrants out in relation to 26 cases, according to the DPA news agency.

Meanwhile, dozens of Daesh members have already faced trial in Germany after voluntarily returning, with many placed under surveillance by authorities in the absence of evidence of actual crimes.

To date 370,000 Syrian refugees who were hosted in Turkey have returned to their country, according to the country’s Interior Minister Suleyman Soylu.

Turkey hosts some 3.6 million refugees from neighboring Syria, more than any other country in the world.

Since 2016, it has conducted operations along its borders to eliminate terrorists there and also create safe conditions for the return of Syrian refugees.

Since recognizing Daesh as a terror group in 2013, Turkey has been attacked by Daesh terrorists numerous times, including 10 suicide bombings, seven bombings, and four armed attacks which killed 315 people and injured hundreds.

In response to the attacks, Turkey launched anti-terror operations at home and abroad, neutralizing 3,500 Daesh terrorists and arresting 5,500.