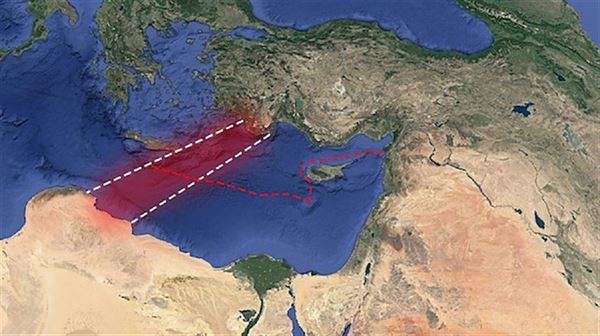 A memorandum on maritime boundaries in the eastern Mediterranean Sea is important to secure Libya’s natural resources, the country’s High

A memorandum on maritime boundaries in the eastern Mediterranean Sea is important to secure Libya’s natural resources, the country’s High Council of State said Tuesday.

Libya’s UN-recognized government has a right to sign memoranda with any country to ensure the country’s security and the protection of its resources, the council said in a statement.

Regarding condemnations by Egypt, Greece and the Greek Cypriot Administration as strange, the council said it gives great importance to enhancing relations with these countries.

On Nov. 27, Turkish President Recep Tayyip Erdogan held a closed-door meeting with Fayez al-Sarraj, chairman of the Presidential Council of Libya, at the Dolmabahce Palace in Istanbul which lasted two hours and 15 minutes.

“The Security and Military Cooperation” and “Restriction of Marine Jurisdictions” agreements were signed between the two countries.

Libya, an oil-rich country, has remained beset by turmoil since 2011, when longtime ruler Muammar Gaddafi was ousted and killed in a NATO-backed uprising after four decades in power.

The country has since seen the emergence of two rival seats of power: one in eastern Libya, to which military commander Khalifa Haftar is affiliated, and the Tripoli-based Government of National Accord (GNA), which enjoys UN recognition.

Forces aligned with Haftar launched a campaign in April to capture Tripoli from the GNA.

Clashes between the two sides have left more than 1,000 people dead and around 5,500 wounded, according to the World Health Organization (WHO).

Turkey meanwhile has consistently contested the Greek Cypriot administration’s unilateral drilling in the Eastern Mediterranean, asserting that the Turkish Republic of Northern Cyprus (TRNC) also has rights to the resources in the area.