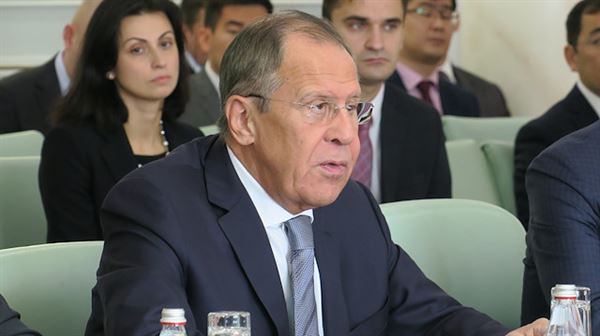 Russia: Turkey-Syria cooperation must be based on cross-border Adana…

Russia said on Wednesday that Syrian and Turkish military forces should work out how to cooperate in northern Syria based on the Adana accord, a 1998

Russia said on Wednesday that Syrian and Turkish military forces should work out how to cooperate in northern Syria based on the Adana accord, a 1998 security pact, the RIA news agency reported.

Moscow would be prepared to help with that cooperation, Foreign Minister Sergei Lavrov said in the southern Russian city of Sochi.

In 1998, Syria and Turkey signed an agreement in Turkey’s southern city of Adana aimed at easing Ankara’s concerns regarding the PKK terrorist group.

Terrorist training camps were closed in Syria, and terrorist elements were refused service by Syrian banks.

Turkey and Syria also worked in tandem to clear mines from the border areas, allowing it to be used for agricultural purposes.

Turkish officials have repeatedly said that a cross-border operation against the YPG/PKK — the PKK’s Syrian branch — would soon be launched east of the Euphrates.

In its more than 30-year terror campaign against Turkey, the PKK — recognized as a terrorist group by Turkey, the U.S. and the EU — has been responsible for the deaths of some 40,000 people, including women and children.