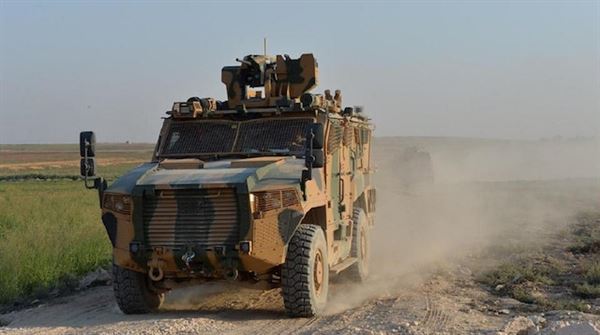 A bomb-laden vehicle targeted a quarter of SNA soldiers at the district center, injuring the soldiers.

While the fire erupted after the attack was put out, no further detail on the condition of the soldiers was provided.

The attack came after Ankara and Moscow reached Tuesday a deal under which YPG/PKK terrorists will pull back 30 kilometers (18.6 miles) south of Turkey’s border with northern Syria within 150 hours.

On Wednesday, the YPG/PKK withdrawal from northern Syria started in line with Tuesday’s deal.

At least 93 SNA soldiers have been martyred, and a total of over 350 have been injured since Turkey launched an anti-terror operation in northern Syria in early October.