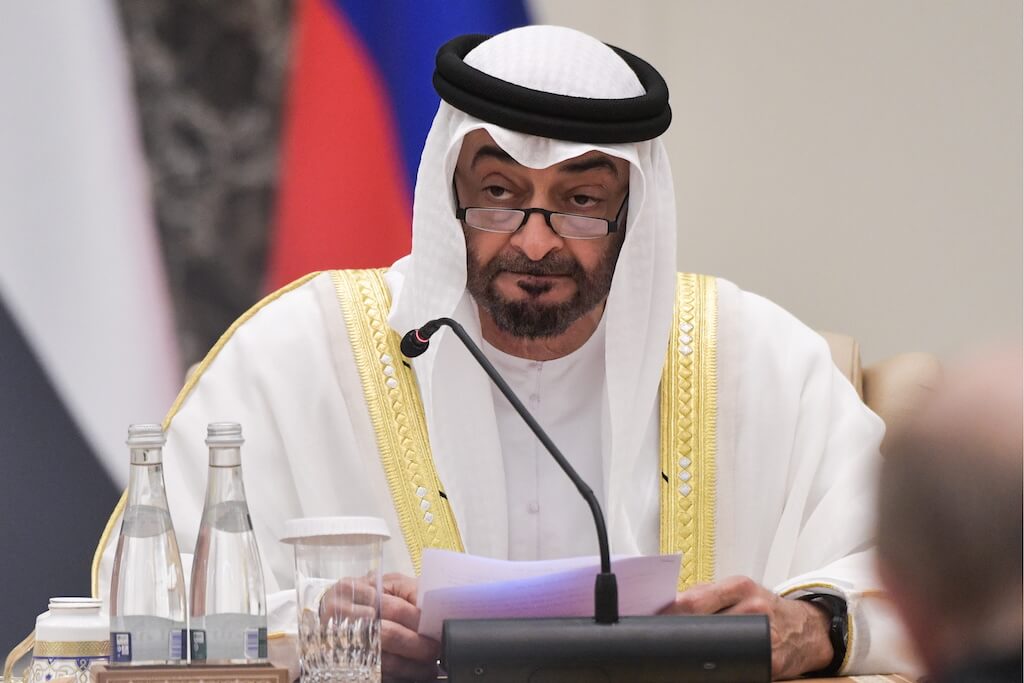 The United Arab Emirates (UAE) is actively resorting to means such as lobbying to attain the power and reputation it has failed to achieve with military interventions. The UAE implements multiple types of lobbying that include inter-governmental lobbying via its embassies in London and Washington by both legal and illegal means. In the US, illegal activities are carried out secretly as they don’t comply with the rules and regulations of the US lobbying acts. In Britain, the Emirates is involved in lobbying at the level of the monarchy through military channels. One should consider travels of the Emirati ruling family members to the UK and the US in the framework of their lobbying efforts.

Another dimension of the UAE’s lobbying abroad is the funds that are raised and transferred to various think tanks, academic organizations, and consulting and investment companies. In recent years, the UAE has accelerated its lobbying in order to limit the influences of Turkey, Qatar, and Iran in the Middle East, and to receive support from the international community for its political and military engagements in Yemen and Libya. To this end, the UAE commenced using the media as a tool to produce and disseminate information to the detriment of these countries.

UAE lobbies in the United States and Britain

Although lobbying is contingent on a set of legislative regulations such as the Foreign Agents Registration Act (FARA) in the US, it is hard to pin down total amounts of funds spent. The UAE’s lobbying activities in the US comprise of, among others, meeting with members of Congress and interviews with journalists. However, the discontent felt from the UAE’s lobbying activities stems from the fact that a large number of companies cooperating with the UAE do not conform to the “principle of transparency in activities” set forth in the US acts. The UAE cooperates with a number of US-based investment and consulting companies including the Harbour Group, the Harper Group, the Camstoll Group, the Foundation for Defense for Democracies (FDD), Open Society Foundations, Circinus, the Center for American Progress (CAP), the Middle East Institute, Project Associates, the Center for Strategic and International Services, the Aspen Institute, the East and West Institute, and the Center for New American Security. The aforementioned list includes US based organizations formerly or currently funded by the UAE.

In Britain, too, the UAE has an extensive network of lobbying that includes academic establishments and think tanks. A good example is the University of Exeter’s Arab and Islamic Studies Program which has been receiving funds from the UAE. The amount of funding corresponds to £8 million over the past 20 years. The Exeter funding has been provided by Sharjah Emir Sultan bin Muhammad Al-Qasimi. In addition, Chatham House received around £99,000 funding from the office of Mohammed bin Zayed and around £25,000 from the UAE Foreign Ministry in 2015 and 2016. Also, the UAE’s London Embassy gave a fund of £10,000 to the same organization in 2016 and 2017. Is it any surprise then that Qatari participants were not allowed in a panel organized by Chatham House in 2017, considering where Chatham House is receiving its funding? It is estimated that Chatham House has received more than £150,000 only from Crown Prince Mohammed bin Zayed over the past decade. It is also presumed that the UAE has contributed £9 million and £5.8 million to the UK-based Royal United Services Institute (RUSI) and a program on Kuwait at the London School of Economics (LSE) respectively.

It is estimated that Chatham House has received more than £150,000 only from Crown Prince Mohammed bin Zayed over the past decade.

Furthermore, the UAE is known to have transferred $20 million over the course of 2016 and 2017 to a program against Qatar and Iran introduced by the Middle East Institute (MEI), a US-based organization focusing on Middle Eastern Studies. On the other hand, CAP, another organization that the UAE has funded, announced that they would no longer accept funds from the UAE due to its role in the assassination of Saudi journalist Jamal Khashoggi. As of 2014, CAP has received more than $3 million worth of funding from the UAE’s institutions and organizations. However, according to FARA records, senior officials at CAP and the UAE still held meetings eight months after the announcement of freezing financial ties. The fact that CAP has maintained relations with the UAE despite refusing funds can be attributed to the influence of the UAE on the Harbour Group, an investment and consulting company which is also known as a public relations firm representing the UAE amongst  Washington circles. The UAE has an arrangement with the Harbour Group, providing it with funds up to $5 million annually. CAP’s ongoing relations with the UAE can be explained by the fact that the senior officials at CAP and Harbour Group hold similar opinions with regard to the UAE. Moreover, a memo sent to Yousef al-Otaiba, the UAE’s Ambassador to Washington, reveals that CAP and the Harbour Group are in contact with each other in arranging a business-trip to Dubai to make use of Emirati policymakers’ close circles.

The UAE invests a part of its US-based lobbying in supporting anti-Turkish organizations and receiving lobbying services from former senior bureaucrats under the pretext of consultancy. To that end, the UAE is funding and cooperating with some US-based platforms affiliated with the Gülenist Terror Group (FETO). The fact that the UAE provided funding to the  July 15, 2016, military coup attempt in Turkey through Mohammed Dahlan, who is on Turkey’s red list of most wanted terrorists, made it obvious that the country cooperates with FETO in its anti-Turkish lobbying activities in the US.

Furthermore, the Operation Peace Spring conducted by the Turkish Armed Forces (TAF) and the Syrian National Army on October 9, 2019, with the aim of impeding the terror groups YPG and PKK from forming a corridor on the Turkish border, has become a concern for the UAE’s lobbying activities in the US. As a result ,UAE officials lobbied officials such as Andrew Keeler, the Senate Foreign Relations Committee’s Chief Democratic Counsel and Matthew Sullivan, the Republican’s chief lawyer, to impose sanctions on Turkey by means of the company Akin Gump Strauss & Feld LLP, which has a branch in Abu Dhabi. The e-mails sent by the company’s representatives to Andrew Keeler and Matthew Sullivan ask the Congress and the House of Representatives to issue sanction bills on Turkey due to Operation Peace Spring.

Another outlet for the UAE’s anti-Turkish lobbying in the US is the Foundation for Defense of Democracies (FDD). Funded by Sheldon Adelson, who is a pro-Israel figure known for his stance against Turkey, FDD stands out as one of the symbolic institutions of anti-Turkish positions in the US. The foundation is alleged to have been founded by the UAE and Israel in 2012 when Israeli Prime Minister Benjamin Netanyahu and the UAE Foreign Minister Abdullah bin Zayed held a secret meeting in New York. This allegement was given more credence after the hacked e-mails of the UAE ambassador to Washington Yousef al-Otaiba, were leaked. Meanwhile, FDD executives Mark Dubowitz and Jonathan Schanzer attended the Zarrab case, heard in the US, as  government witnesses. Although their names were in the hacked e-mails, they were appointed as the experts on Iran sanctions in the Zarrab case.

In the dialogues between the FDD executives and al-Otaiba, it was expressed that the UAE cooperates with the pro-Israel FDD. Another subject matter in the e-mails was the search for a common policy against Turkey and Qatar. Considering all of these, it is obvious that the FDD strives to negatively affect the developments in Turkey in line with its cooperation with the UAE. On 12 July, 2016, only three days before the July 15 coup attempt in Turkey, the FDD and UAE co-organized a three-day event titled “A Review of Developments in Turkey: Implications of Erdoğan’s Executive Presidency”. Just a few months later, in September 2016, the UAE and Israel’s foreign ministers met in New York.

The UAE funds a terror group

David Hearst, the editor-in-chief of the online news outlet Middle East Eye, wrote that the UAE provided funding to the terror group FETO through its channels in London and by means of Abu Dhabi Crown Prince Mohammed bin Zayed’s advisor Mohammed Dahlan, adding that they held meetings with several operatives of the terror group.

Another platform supported by the UAE as a catalyst of anti-Turkish activities is London-based online news outlet Ahval, which embarked on its publishing activities in November 2017, in Turkish, English and Arabic. The UAE reportedly supports Ahval through the Arab Weekly platform, which is also linked to the country. It is alleged that the Al Arab media platform, established in London in 1977 by Ahmed al-Huni, a Libyan living in exile, is in cooperation with the Arab Weekly and supported by the UAE. Ahval differs from other anti-Turkish outlets in that it has an Arabic edition and thus tries to tarnish Turkey’s image and credibility in the eyes of Arabic-speaking masses.

During the 2016 coup, the UAE’s media platforms such as Sky News and Al Arabiya falsely reported that the coup plotters had succeeded and that Turkish President Recep Tayyip Erdogan had left the country.

The cooperation between the UAE and Ahval that is predicated on anti-Turkish sentiments led to many interviews conducted with the so-called leaders of the terror groups YPG/PYD- PKK. Fugitive FETO proponent, Yavuz Baydar, was assigned as the editor-in-chief of Ahval, showing that Ahval and the UAE have sought to build a basis for anti-Turkish sentiments. Another organization named Platform 24, which was co-founded by Ahval’s fugitive editor-in-chief Baydar, is funded by Open Society Foundations owned by George Soros. Also, İlhan Tanır, another FETO-affiliated name, was assigned as the chief editor of Ahval’s English edition. The UAE spread unfounded and fabricated news via its media outlets during and after the repelled coup attempt in Turkey in 2016. During the 2016 coup, the UAE’s media platforms such as Sky News and Al Arabiya falsely reported that the coup plotters had succeeded and that Turkish President Recep Tayyip Erdogan had left the country.

The UAE’s lobbying tactics and illegally spent money in order to gain influence, facts which were unveiled after the e-mails of UAE lobbyists were hacked, led to discomfort in the US and Britain. The hackers were not publicized but it is suggested that an initiative called “GlobalLeaks” leaked the hacked emails to some websites such as the Daily Beast and Huffington Post. One of the main reasons for the discomfort in the US and Britain is the UAE’s actions in Yemen and the human rights issues. The UAE is exerting efforts for the removal of the arms trade restrictions in its lobbying in Europe. Due to the humanitarian crisis it has caused with its intervention in Yemen, and its role in the assassination of Jamal Khashoggi, the UAE may confront restrictions in the transfer of military equipment from European countries. The UAE’s lobbying and manipulative use of media will possibly remain unable to construct a consistent policy in intergovernmental relations and continue focusing on short-term ambitions.