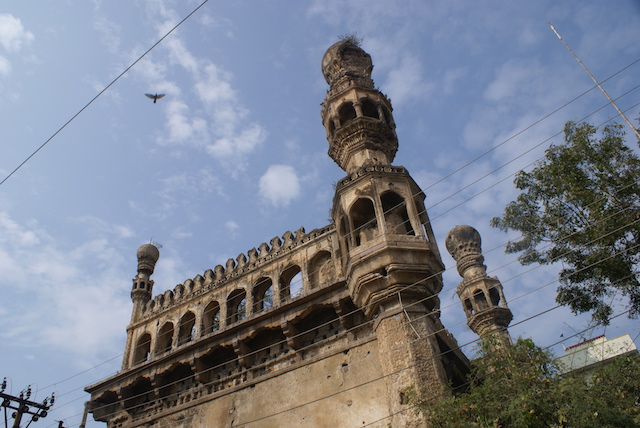 Communal India: Past, Present and Future

A turning point in changing public opinion is often a tragic event that completely alters the socio-political situation and perception- a riot, an ass

A turning point in changing public opinion is often a tragic event that completely alters the socio-political situation and perception- a riot, an assassination, self-immolation, a child’s lifeless body…  In one sense a red line was crossed when news came out of Delhi that at least one Mosque had been set on fire (February 25th, 2020), however, crossing lines concerning the huge Muslim ‘minority’ has been the history of post-independence India.  A number of catastrophic, traumatic and quasi-genocidal incidents have taken place over the last 70 plus years to extremely muted and mixed international sympathies and public perceptions.  The demographic puzzle of two Muslim majority nations (Pakistan and Bangladesh) neighboring India has played a part in the continuous fudging of numbers of the actual figure of Muslims in the nation (official government estimates of 200 million could easily be much larger due to poor rural and urban households either underrepresented or ignored).  In fact, a serious case could be made that India is actually the world’s largest Muslim country in both area and population.  India’s historical lineage has been systematically expunged from the education and cultural system of the post-colonial republic, yet it is worth remembering that this is one of the great Islamic Empires of world history- from the Delhi Sultanates through the Mughal Dynasty and onward to Hyderabad State until the mid-20th century with a significant number of smaller royal states in-between.

A simplistic commentary  that proclaims communities lived in harmony before a particular riot or conflict only reflects on part of the complex fabric that has been unfolding over the last century; on one hand this is essentially true- with a massive population, Indians of different religious and cultural communities have always worked, lived and thrived through and with each other.  On the other hand, the point that is rarely made is under which political authority this has happened the most successfully.   Before the British Raj fully consolidated power in the late 19th century the policy of ‘mutual respect’ was largely under Muslim rulers with a population that consisted of a majority Hindu population.  Even into the 20th century Princely States such as Hyderabad became prosperous and powerful through a kind of self-reforming and ‘enlightened’ royal rule (that was shrewd in its political power sharing while simultaneously building schools, hospitals, transportation and universities of high international standards). Post-colonial India saw a wave of shifting power that swung to the left of the political spectrum (with a significant Soviet influence in the 1950’s and 60’s) while scrambling to tackle basic infrastructure and poverty.

Many post-independence Indian Muslims have had significant roles and influence in the second half of the 20th century. A wave of Muslim intellectuals and highly educated professionals left for Pakistan in the late 1940s and 1950s, another wave left for the USA and Canada in the 1960s and a third wave left for the gulf states in the 1970s and early 1980s. In all of these places important academics, doctors, engineers, community leaders, and philanthropists have contributed to their new countries or regions.  If one looks at India itself during the period from post-independence through to the early 1970’s there were still a significant number of Muslims at the top- University Chancellors and Principles, Heads of State Institutions, CEO’s of large companies as well as cultural icons in the Film and Music industries.

A shift has taken place that coincides with and reflects a dramatic decrease in institutional as well as monetary power for the Muslim population- instead of being those who are helping to rule the country/state (or institution) Muslims are now looked upon as those who need to be helped and uplifted by the powers that be. This has reached its zenith over the last decade where Muslim communities are significantly poorer, less educated and seen as either a burden and/or a cause of pity and in need of state-sponsored charity (and often mentioned in the same breath or written reports as backward castes such as the Hindu Dalit community). One could mark the dates of this change as a series of episodes from Prime Minister Indira Gandhi’s centralization policies of the 1970s, vicious communal riots during the state of emergency (1970-75) and after, the 1992 Babri Mosque destruction in Ayodhya and subsequent riots in Bombay or the Gujarat riots of the early 2000s… or perhaps one could look at it more organically since 1947- but either way the perception (and reality) in the public, media and among the Muslim community of the late 20th and early 21st century is one of victim rather than ruler.  In fact, the idea of once ruling the country is so obscure that many of the less-educated (and many ‘educated’ as well) Muslims and non-Muslims would laugh in disbelief at the history lesson (something that has happened from personal experience numerous times).

The conflict and threat in post-colonial India of breakaway independent states goes beyond the multiple wars and ongoing conflict over Kashmir (which is still disputed by both India, Pakistan and Kashmir itself) to include the military invasion of Hyderabad State (1948), separatist movements in the North-East States (1990’s-2000’s) and Naxalite-Maoist insurgencies (1960’s and 2002 to the present) to list just some. India has essentially received a free pass in terms of news-cycle coverage over the last few decades; when I lived in Hyderabad in the early 2000s I was constantly surprised that the international press hardly reported on anything of significance taking place in the country. Smaller protests were and are a regular feature of city life- examples such as a government-mandated increase in the cost of petrol or onions to student agitations can be seen either as a healthy part of a large and imperfect democracy or a sign of the constant simmering of tensions- or possibly both. By contrast the smallest incident in neighboring Pakistan is enough to close borders, boycott cricket matches and warn citizens not to go there.

However, the latest series of protests (from December 2019 to present) over the registry of citizens in India (National Register of Citizens-which potentially renders some poor and/or Muslim citizens stateless) and the new ‘citizenship’ law (Citizenship Amendment Act- giving preferential treatment to non-Muslims in neighboring countries) may have altered this trend. Coverage of this and the subsequent escalation in violence in Delhi reflects India’s new status as a global power (however flawed). The U.S. and Europe are global giants through a mix of economic and social influence alongside an ingrained historical trajectory (whatever one’s opinion may be the fact of the matter is their histories are considered of global importance to study); China lacks the historical interest (which may change) and cultural interest but is racing forward as an economic behemoth with a massive population that is now seen as a strength (whereas once it was considered a huge liability). India has some historical and some cultural influence (both more than China), disproportionate and hugely uneven economic clout but has a massive population that is still growing and is young- now a strength in terms of manufacturing and labor as the country industrializes (at an enormous pace) and post-industrializes though its high-level of information technology related industries. India matters now because of its potential status as global power and player- and with that title comes more media coverage, scrutiny and potential critique at the abhorrent policies and discriminatory directions against Muslims (both from outside and within the country) that have been building for decades.