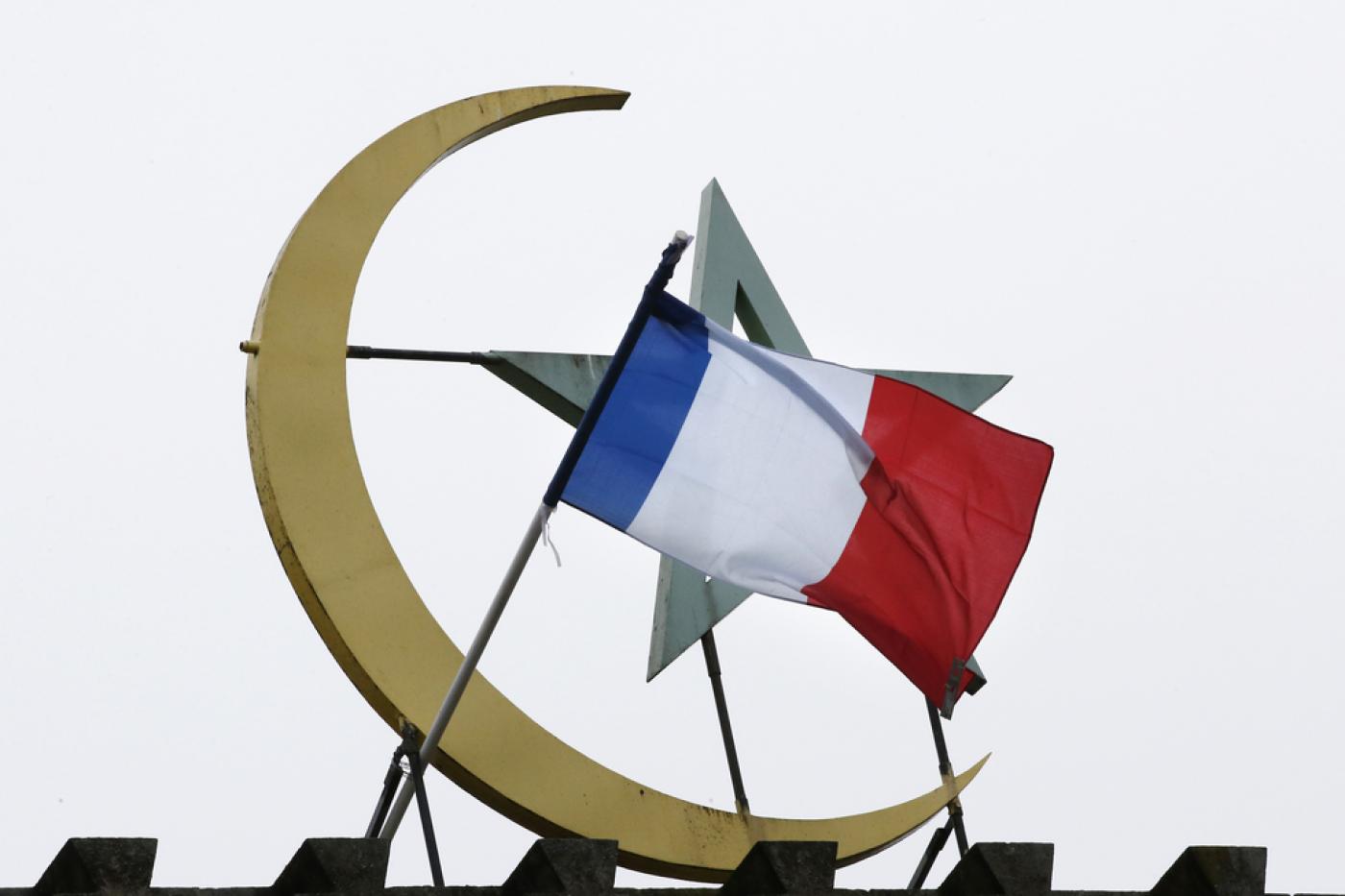 The Right to Blaspheme, the Mila Case, and Islamophobia in France

Blasphemy is not a crime in France since the French Revolution regardless of the offensiveness or severity of the act. After the notion of blasphemy w

Blasphemy is not a crime in France since the French Revolution regardless of the offensiveness or severity of the act. After the notion of blasphemy was eliminated from the French law with the Declaration of the Rights of Man and of the Citizen of 1789, two counteractions to reverse this have failed and this right was confirmed and consolidated with the Law on the Freedom of the Press of July 29, 1881, and the 1905 Law on the Separation of the Churches and State.

Since secularism started to function almost like a religion and has been embraced by large masses in France from the early 20th century onward, discussing the “right to blaspheme” has turned into a taboo and the notion has been valorized as one of the inviolable features of the republic. To name a recent incident portraying the situation, Mila, a 16-year-old girl who is homosexual, was called a “dirty lesbian” on social media by a Muslim commenter, and Mila’s response to this was somewhat reminiscent of the Charlie Hebdo cartoons. “The Koran is full of hatred,” she said and went on an anti-Islam rant, full of insults in a foul-mouthed tone, which found support in millions of people. Those who once said “I’m Charlie Hebdo” took up a stance by saying “I’m Mila.”

Mila, on the other hand, received death threats on social media. Although the Presidency of the French Council of the Muslim Faith unequivocally condemned the death threats, all Muslims were described as DAESH (ISIS) militants on social media while the posts in support of Mila such as “She defends the values of France against millions of DAESH militants,” received thousands of likes. The incident has become an outright manifestation of the fact that the “right to blaspheme” has evolved into a rigid stance against Islam and Muslims. After years, the incident has opened Pandora’s box in terms of the use of the right. Meanwhile, those arguing that such outbursts are extreme and pave the way for Islamophobia have been ostracized as if they have committed a sin.

As soon as Mila’s Instagram video, shared on January 19, 2020, became a matter of debate, the leading names of the French far-right, starting from Marine Le Pen, sided with Mila, and she was treated like a heroic figure in the far-right weeklies Valeurs Actuelles and Causeur. On the other hand, a few days after the incident became breaking news, the French Justice Minister Nicole Belloubet said in an interview with the radio station Europe 1 that an attack on religion was an attack on freedom of conscience, to which Marine Le Pen immediately responded from Twitter: “Can we trust Macron’s government for the defense of our freedoms and values? Obviously not!”

When the left too accused Belloubet of questioning the “right to blaspheme,” she had to backpedal, and issued another statement saying that her words might have gone beyond their purpose. Despite this, most comments on Mila referred to the initial statement by Belloubet. Another name after Belloubet that was strongly criticized was Ségolène Royal, former socialist minister who ran for the presidential election of 2007 and the mother of former French President François Hollande’s four children. In an interview she gave to the television channel France 3, she said, “I acknowledge the right to criticize religions but I’m absolutely against keeping a secularism debate through the words of a 15-year-old girl.” When Royal was reminded of the support Mila enjoys through the hashtags “I’m Mila,” she responded, “I’m absolutely not Mila. What would people say if she spoke like that to her family, teachers, or neighbors? Please have some respect. Criticizing a religion does not prevent anyone from doing this respectfully and rationally. I will not be involved in a freedom of expression debate sparked by a disrespectful teenager’s words.” After this interview, the statement Royal made in 2006 in the context of Charlie Hebdo, in which she had said that she found the humiliation of the sacred image of the Muslim Prophet unacceptable, she was brought back to the spotlight and accused of being anti-secular after it was stressed that she is religious and her family members are devout Catholics.

Meanwhile, the Communist Party Chair Fabien Roussel pointed out that Mila’s insults are unacceptable whereas Lille’s socialist mayor Martine Aubry said the threats made against Mila are unacceptable yet such expressions must be avoided. Far-right party Rassemblement National’s Deputy Chair Jordan Bardella accused the politicians criticizing or warning Mila of allying with Islamists and imposing their values on the French nation. He said, “As I’m Charlie Hebdo, I’m also Mila today.”

The weekly L’Express, which is known for its Islamophobic content, published an article entitled “We Will Pay for This Cowardice” with the signatures of prominent left-wing intellectuals Elisabeth Badinter, Marcel Gauchet, Jacques Juillard, Jean Pierre Golf, and Elisabeth de Fontenay on the grounds that the French left did not give enough support to Mila. In this piece, comedian-singer Frédéric Fromet’s song that insults Jesus Christ was shown as an example and it was asked why the same thing would be a problem in the case of Muslims. The article also accused the political class of being obsessed with the acrobatics on the subjects of freedom of expression and right to blaspheme when it comes to Islam and making concessions to the republican values. Minister of Interior Christophe Castaner issued the following statement: “The offence of blasphemy does not exist in this country and it will never exist under the authority of this government. We must refuse the objections made to the right to criticize religion under the name of Islamophobia concerns.”

In fact, the statements of far-right Marine Le Pen are not different from the statements of these left-wing intellectuals and the minister of interior. Reminding audiences that Mila’s words are not different from Charlie Hebdo cartoons, on every occasion, Le Pen reiterated that not enough support was given to Mila. Also, in an editorial he wrote for the left-wing magazine Le Nouvel Observateur, Dominique Nora complained that the left’s support for Mila was more tepid than the far-right’s support. Instead of criticizing the incident’s Islamophobic outbursts, he criticized the anti-racist and anti-discriminatory organizations for not supporting Mila in response to the derogatory comments Mila received on social media like “dirty French.” He wrote, “In the France of 2020, if you are on the left, you have no right to blaspheme because it automatically makes you an Islamophobic racist.”

Nevertheless, it is rightful and understandable to have concerns or fears with regard to Islamophobia, which is particularly spurred by the far-right and growing with the reactions coming from both the right and left for years. Today, Islamophobia is not only the fear of Islam, but has become an explicit threat against Muslims, their lives, and lifestyles. Of course, for a Muslim, singer Frédéric Fromet’s insults against Jesus Christ or Mila’s insults against Islam and Allah are equally deplorable and unacceptable. It is not even necessary to be a Muslim or believe in God to condemn this language. However, as it does not seem possible to recognize blasphemy as a crime within the framework of secularism that has become itself like a religion and has been prevalent in France for two hundred years, Muslims will, of course, fight against the discourse that constantly points to them as targets while this “right” to insult and denigrate is practiced. Blaspheming Christians are not considered within the scope of provoking racism in today’s world, but this is not the case for Muslims and Jews, especially while the latter are protected with strong legal grounds and considerable public pressure. It is enough to look at the reactions of the far-right and racists in the Mila case to understand this point. This is where the situation gets sticky!